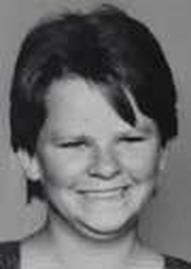 In 1977,  Rader decided to come out again as BTK, after three years of silence. He decided it was time to kill again and he spotted his soon-to-be victim in a neighborhood that he was trolling through.  That day he was supposed to go after a woman named Cheryl whom he had met at a bar, but she was not home.  He decided to go down Hydraulic Street and came in contact with a five year old boy named Steve Relford.  Rader pulled out a picture of his own wife and son and asked if he knew where they were.  The boy said no and went home.  Later, Rader knocked on the door and Steve answered the door.  He posed as a detective, which let him get inside the house with no problem.  Including Steve, there were three children in the house.  Rader turned off the TV and turned down the blinds.  The mother, Shirley Vian, came out of one of the rooms startled.  At gunpoint, he ordered the children to go into the bathroom and locked them inside. He told Vian what he planned on having his way with her.  Somehow, he was able to lead her to believe that it wasn't rape and calmed her down by giving her a glass of water and smoked a cigarette with her.  While the children were screaming in the bathroom, Rader tied their mother up and strangled her to death by putting a cord around her neck. He left semen on her panties, which were found next to her body.  In later years during his confession, Rader stated that the telephone rang causing him to leave early, which left the children in the bathroom still screaming for their mother.

On March 17, Shirley Vian was murdered at the age of 24, leaving behind her three kids and husband Richard Vian.