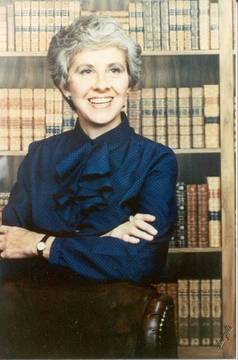 In 1991, Rader found older women to be more vulnerable from past experiences with younger women.  Rader found an older woman who was 62 and lived on her own, Delores Davis.  Davis lived a mile and a half away from Rader where he noticed her at her home.

He had a very well thought out plan to get what would be, his last victim. He was going camping with the Boy Scouts over the weekend. On January 19, 1991, he came up with an excuse to slip away from one of the Scout meetings.  He drove his car to his parents house to change out of his Scout uniform and into his "hit" clothes.  He then drove to the Baptist Church in Park City to park his car and finish his plan out on foot. Once he got to the Davis house, he waited outside until he saw that she was asleep.  He broke the glass door at the back of the house with a cement block that he found.  Delores came out of her bedroom and found Rader.  He used the same line as he had almost every time, saying that he needed money, a car, food, and that he was going to tie her up.  He tied her up in the bedroom and strangled her to death.  Rader took the body outside and put her in the trunk of her own car.  He drove to a lake near Park City and hid the body and evidence under some trees.  He drove the car back to the Davis house, wiped it down for fingerprints and then left to go back to the church.  He went back to where he hid the body, put it in his trunk and dumped the body under a bridge in Sedgwick County.

Rader then went somewhere to change back into his Scout uniform and returned back to the camp.  The following evening he went back to where he left the body and took photographs of it.